It’s that time again. Here’s our fortnightly update of news of, and insights into, all things mobile. As well as the latest Apple and Android news, we’ve packed into our roundup all the main insights, trends and forecasts relating to the mobile games market.

The Main Insight of the Fortnight (eMarketer)

There’s good news for mobile publishers and advertisers. According to brand new Localytics data, user retention rates for mobile apps are on the up. The percentage of users opening an app 11 or more times during the first six months after install has risen from 26 percent to 39 percent in the last three years. Their study also found that what was a problematic trend is currently waning; the percentage of users opening an app just once in the first six months fell from 26 percent to 20 percent. In the same study, games saw an above-average abandonment rate (22 percent) so game publishers should hook users with in-game rewards and retargeting and re-engagement ad campaigns.

The AppLift Press Mention of the Fortnight (Mobile Game Hive)

Our Ultimate Cheat Sheet for Ad-Based Mobile Monetization, which we have been handing out at events in the last fortnight like such as PG Connects in Helsinki and White Nights in St. Petersburg, has earned us a place in Mobile Game Hive’s top four mobile advertising optimization resources. With our roundup of the key metrics, technical terms and ad formats as well as a simplified mobile ad tech landscape, the two-sided cheat sheet has all publishers need to know for best practice app monetization.The App Store News of the Fortnight (AppAdvice) 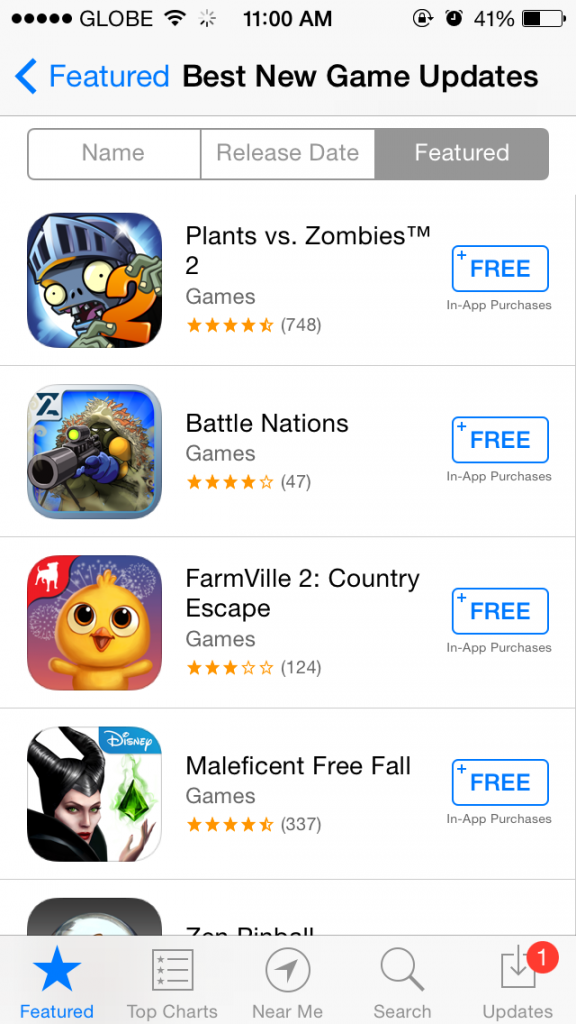 This week, Apple have added a ‘Best New Game Updates’ section to the App Store, due to the large number of new apps that have been released this week. It’s not clear whether this is going to be a long-term addition, but it certainly fits with the rest of their developments towards improving discoverability in the App Store, such as the recent ‘Browse by Category’ addition, as well as upcoming iOS 8 features like trending and related searches and a new ‘Explore’ feature.The List of the Fortnight (Mobile Entertainment)

Last week, a new report about the mobile industry from Juniper Research was published, and Mobile Entertainment broke the report down into a list of ‘11 things to know about the $29 billion mobile gaming market’. Included in the list is the fact that developers are becoming more and more aware of the role mobile analytics can play in observing trends and re-engaging profitable users and generating more ROI, as well as the fact that the new iOS 8 updates to the App Store reflect the trend towards app stores being the key for discovering new content.The Announcement of the Fortnight (VentureBeat)

At the Google I/O developer event this week, the company announced a new platform it will release later this year: Android TV. It will be integrated with television sets and will enable gamers to interact with their TVs via their tablets. This will the second time for Google to launch a TV product, and it will work with smart TVs as well as video game consoles, and allow people to easily alternate between Netflix, downloaded movies and games from the Google Play store.